The Hidden Gardens has been designed to reflect the history of this site and the changes over time. The north to south borders echo the layout of the site when it was a tree nursery in the 1800’s, whilst the retained tram lines and the chimney reflect its industrial past.

In the old factory floor, similar species of native and exotic trees are planted together in blocks to highlight their common and unique qualities. Pines, rowans and hawthorns of both Scottish and Asian origin are planted side by side.

The Garden has also been strongly influenced by a range of horticultural and cultural traditions, both Celtic and Asian. This is reflected in the organisations of routes and spaces, and in the choice of plants. The square route of Caithness stone that delineates the front area of the Gardens echoes sacred paths around hills, stupas, temples, mosques and monasteries. 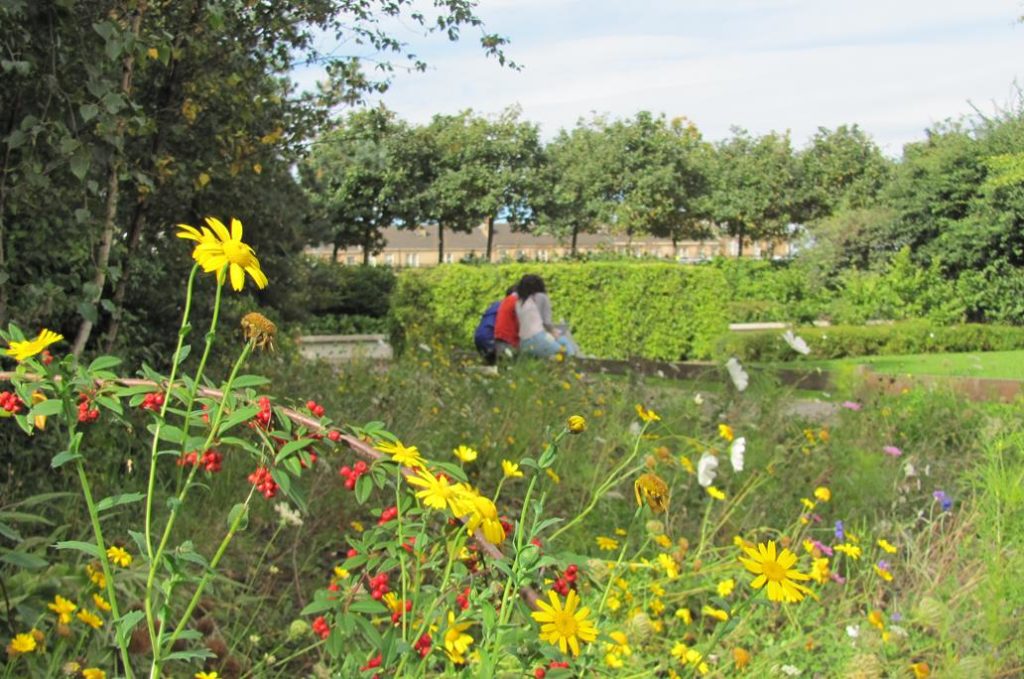 Plants significant to different cultures and belief systems occur throughout the Gardens. Bamboos, rowans, magnolias, hazels, winter flowering plum trees were all suggested as cornerstones of the planting scheme by local people.

Within the central open space a Gingko Biloba tree is planted. Gingko Biloba grew worldwide some 160 million years ago, including in Scotland. It is therefore both exotic and native. The Gingko, now virtually extinct in the wild, exists here as a monument to common origins. It is planted on top of three stones from the summit of Mount Sinai, a place sacred to Islam, Christianity and Judaism. 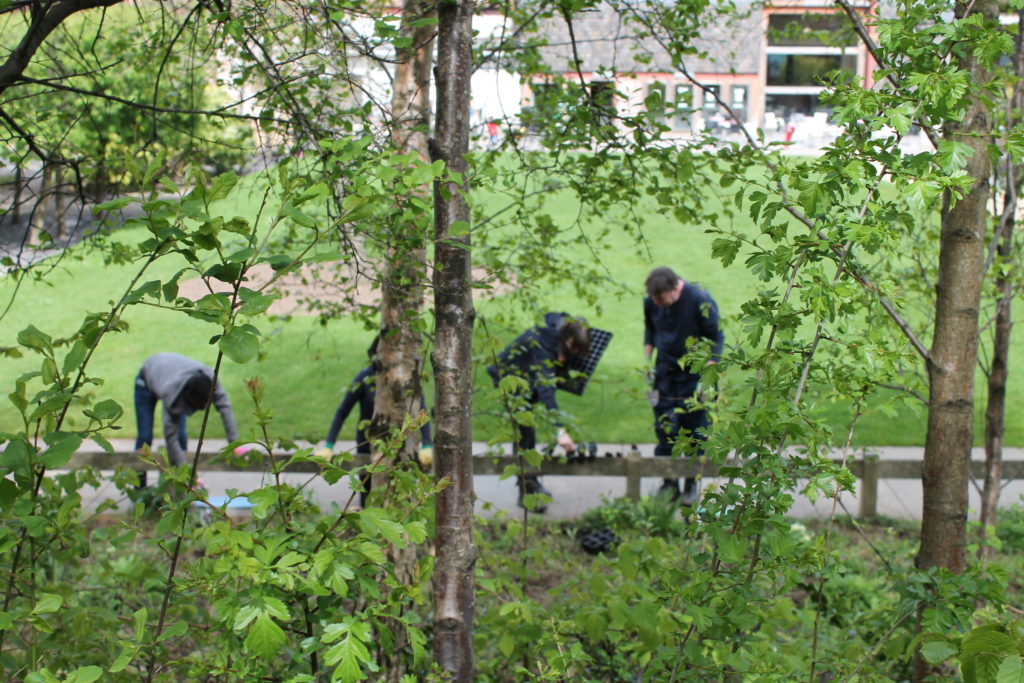 Trees and shrubs from Asia and Scotland

Shady and naturalistic planting of ornamental grasses and perennials.

A mix of Scottish wildflowers, annuals and perennials for a flowery display from Spring through to Autumn.

The mound, wildlife area, bee and butterfly borders and the woodland glade take inspiration from nature and evoke a sense of wildspace in the heart of the city.

Our long herbaceous and fruit border looks stunning from Spring through to Autumn.

Healing plants in a relaxing space

A border sponsored by our neighbours Scottish Ballet

Full of culinary and useful plants

Learn about our commitment to the conservation, enhancement and public appreciation of biodiversity